tap the “play arrow” to stream apocalyptic music (if on mobile device: click “Listen in browser”)

How many votes needed to overturn the Supreme Court 8 in CJ-Sereno-case?

Result in case of a tie in the Supreme Court en banc : Schools of thought 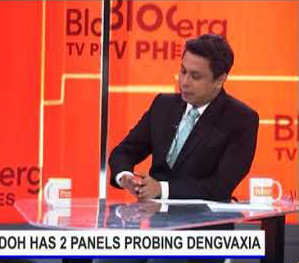 Now… a Motion for Reconsideration would be submitted 15 days after receipt of the decision. Again, what is now the prevailing situation or the new status quo, and what would be the result of a tie? In other words, how many votes-to-swing are needed from the majority for the MR to be GRANTED? What is the result of a tie on MR?

J. Carpio: “A.M. No. 99-1-09-SC (dated 26 January 1999): In the Matter of Clarifying the Rule in Resolving Motions for Reconsideration
“The Court Resolved as follows:
“A MOTION FOR THE CONSIDERATION OF A DECISION OR RESOLUTION OF THE COURT EN BANC OR OF A DIVISION MAY BE GRANTED UPON A VOTE OF A MAJORITY OF THE MEMBERS OF THE EN BANC OR OF A DIVISION, AS THE CASE MAY BE, WHO ACTUALLY TOOK PART IN THE DELIBERATION OF THE MOTION.
“IF THE VOTING RESULTS IN A TIE, THE MOTION FOR RECONSIDERATION IS DEEMED DENIED.”
xxx
“I.
“The Rules on Tie-Vote
“Section 7, Rule 56 of the Rules of Court expressly governs tie-votes in the en banc, thus:
“SEC. 7. Procedure if opinion is equally divided. Where the court en banc is equally divided in opinion, or the necessary majority cannot be had, the case shall again be deliberated on, and if after such deliberation no decision is reached, the original action commenced in the court shall be dismissed; in appealed cases, the judgment or order appealed from shall stand affirmed; and on all incidental matters, the petition or motion shall be denied. (Emphasis supplied)
“This provision contemplates three possible instances where the Supreme Court en banc may be equally divided in opinion or where the necessary majority[1] in the votes cannot be had.
“First, in actions instituted originally in the Supreme Court, if there is a tie-vote, the Court en banc shall deliberate again. After such re-deliberation and the Court remains equally divided, which means that no decision had been reached, the original action shall be dismissed. In such a case, the tie-vote results in the dismissal of the action without establishing any jurisprudential precedent.
Xxx
“Second, in cases appealed to the Supreme Court, Section 7 of Rule 56 explicitly provides that if the Court en banc is still equally divided after re-deliberation, the judgment or order appealed from shall stand affirmed. A tie-vote in cases arising under the Courts appellate jurisdiction translates into a summary affirmance of the lower courts ruling.[10] In short, the tie-vote in the en banc cannot amend or reverse a prior majority action of a lower court, whose decision stands affirmed.
“Third, on all incidental matters, which include motions for reconsideration, Section 7 of Rule 56 specifically states that if the Court en banc is evenly divided on such matters, the petition or motion shall be denied.” (J. Carpio dissenting to state that all dilatory motions should be expunged, supra).

The news anchor asked me about probabilities on the MR … the answer was based on experience with motions for reconsideration… it is an answer that i hate.

The Supreme Court 8 arrogated unto itself the power of Shiva.