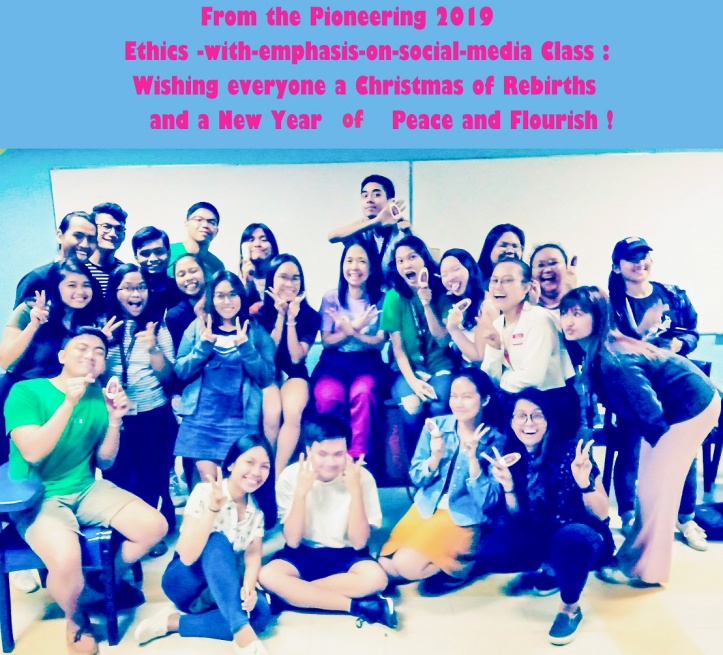 is for 10 points: On disaster-reporting

or in other countries:

standards in disaster-reporting discussed in class

that should be avoided,

is a review of news events,

or of reports on

by climate change.
The deadline is on

On film: A review of

violence, etc. of any film

that the class member

or the U.P. Film Center,

or on TV, or digitally,

starting with a synopsis

in the class member’s

stating the names of the

time frame the movie was shown, and concluding

on whether the rating is appropriate

(time frame : in order not to prejudice any student

who does not watch

any movies or any TV,

the time frame is expanded:

to December, 2019).
Same deadline. Class members may post a regular media monitor or the bonus, but not both.
Glad tidings, everyone!