(tap the “play arrow” on the soundcloud pod below; if on mobile device, click “Listen in browser)

in honor of the Day of Remembrance,

presents on September 20, 2018 Thursday 1pm at the U.P. College of Mass Communication: 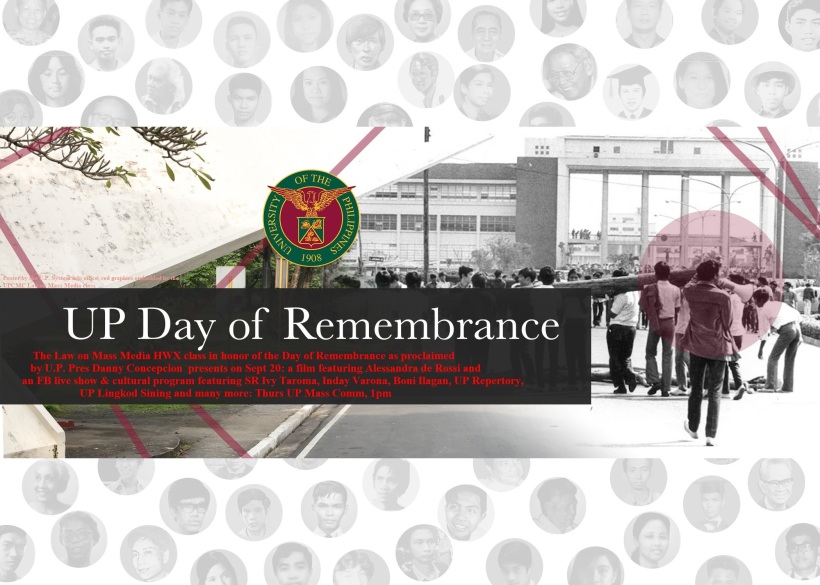 (attire: B L A C K with your choice of color accents)

For students working on their exercises: For convenience — to minimize the scrolling down “work” —  the following are the links for the exercises :

the Law on Mass Media 5th Exercise can be viewed at:

the 4th Media Monitor of the first class can be viewed at:

the Section FWX Ethics Media Monitor 4th can be viewed at: