Alabanza: In Praise of Local 100

for  the  43  members  of  Hotel Employees and Restaurant Employees Local 100, working     at the Windows on the World restaurant, who lost their lives in the attack on the World Trade Center 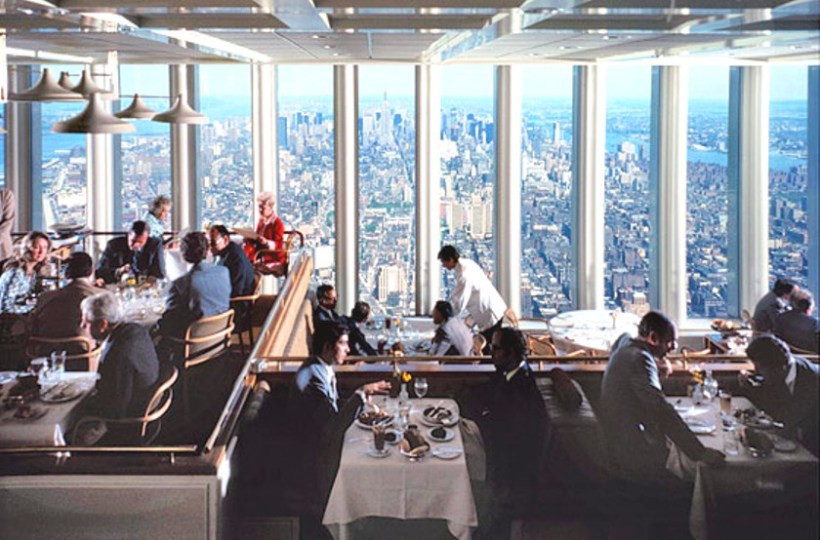 Alabanza. Praise the cook with a shaven head

and a tattoo on his shoulder that said Oye,

a blue-eyed Puerto Rican with people from Fajardo,

the harbor of pirates centuries ago.

Praise the lighthouse in Fajardo, candle

glimmering white to worship the dark saint of the sea.

worn in the name of Roberto Clemente, his plane

that flamed into the ocean loaded with cans for Nicaragua,

for all the mouths chewing the ash of earthquakes.

even before the dial on the oven, so that music and Spanish

Praise Manhattan from a hundred and seven flights up,

like Atlantis glimpsed through the windows of an ancient aquarium.

Praise the great windows where immigrants from the kitchen

could squint and almost see their world, hear the chant of nations:

Alabanza. Praise the kitchen in the morning,

where the gas burned blue on every stove

or sliced open cartons to build an altar of cans.

of his dishes and silverware in the tub.

Alabanza. Praise the dish-dog, the dishwasher

who worked that morning because another dishwasher

could not stop coughing, or because he needed overtime

to pile the sacks of rice and beans for a family

floating away on some Caribbean island plagued by frogs.

Alabanza. Praise the waitress who heard the radio in the kitchen

and sang to herself about a man gone. Alabanza.

After the thunder wilder than thunder,

after the shudder deep in the glass of the great windows,

after the radio stopped singing like a tree full of terrified frogs,

after night burst the dam of day and flooded the kitchen,

for a time the stoves glowed in darkness like the lighthouse in Fajardo,

like a cook’s soul. Soul I say, even if the dead cannot tell us

about the bristles of God’s beard because God has no face,

soul I say, to name the smoke-beings flung in constellations

across the night sky of this city and cities to come.

Alabanza I say, even if God has no face.

Alabanza. When the war began, from Manhattan and Kabul

two constellations of smoke rose and drifted to each other,

mingling in icy air, and one said with an Afghan tongue:

Teach me to dance. We have no music here.

And the other said with a Spanish tongue:

I will teach you. Music is all we have.