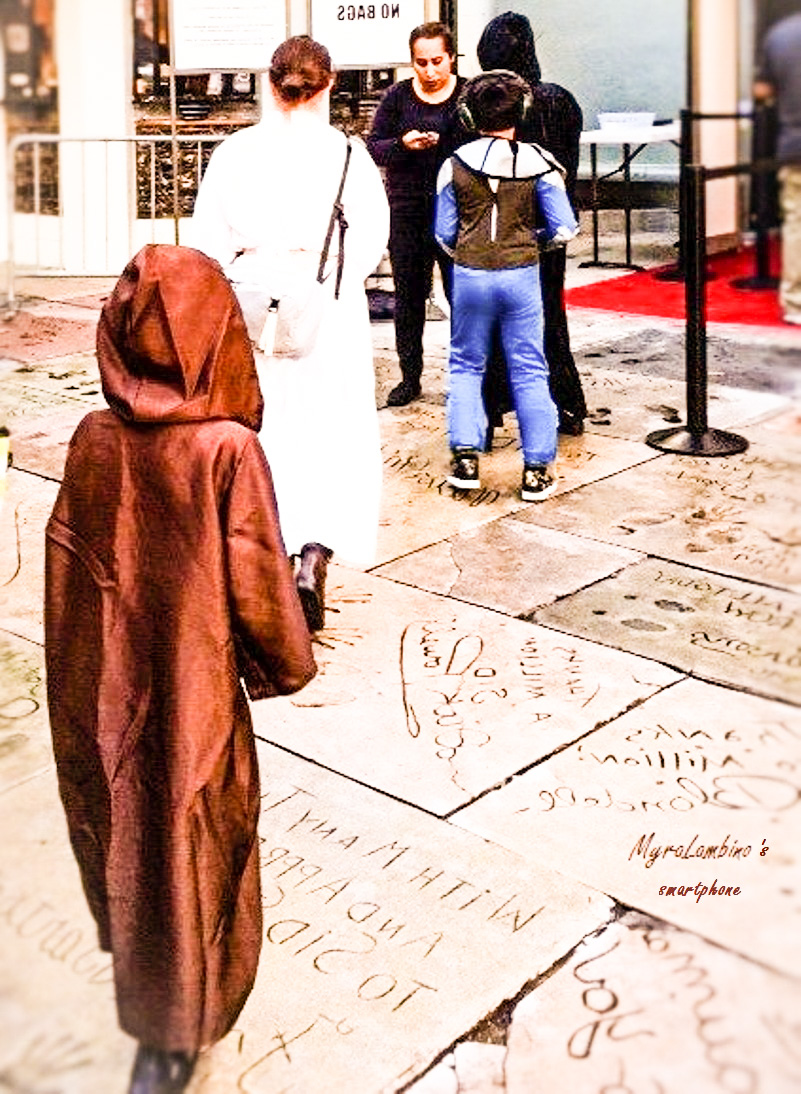 Photo from a mobile phone of Myra Lambino, shot three days ago: Kylo Ren, accompanied by a leading “First Order” pilot, spied on by Princess Leia and the most promising  young Jedi apprentice, in full battle regalia, descend on Hollywood Theatre, Los Angeles to verify the authenticity of their story:

(without coordinating, my siblings and i found out we had booked Star Wars “The Force Awakens” tickets for viewing at about the same time (the weekend screening), and viewed it on the same day (12-hour difference): They, on Hollywood Theatre;   we, on iMax Mall of Asia — now, that’s cosmic connection).

In Metro Manila, now and tomorrow are the only remaining days in 2015 to catch the film; it will give way to the MMFF on Dec. 25, after which it will open again on January 8, 2016. My advice is to view it on iMax 3D or in 4D if you want to experience the full benefit of the production values of the movie. It is worth the distance and the advanced booking. (Unless your eyes have a bad experience with iMAX 3D or with 4D, in which case, opt for 2D; or, if you’re already there, remember that you are in control of what part of the screen to focus on). I can’t write a review without spoilers, so i won’t, besides i cannot be expected to be objective about this. Let me just say generally that:  In Sci-Fi Adventure movies of this genre, the star of the show is the production values and special effects, hence, the recommendation to view the film in its maximum visual and audio potential; HOWEVER, Star Wars goes beyond its special effects — it brings you to a place where you are able to re-live an innocent time with your siblings and to marvel at how smarter the present generation is in appreciating the fundamental struggle between good and evil and the ambivalence and conflicted nature of some of the characters in the story. In the particular screening we attended, people clapped when Han Solo and Chewie appeared for the first time; then, you could hear collective “awww’s” everytime Chewie made a sound, and at the end, you could hear members of the audience speculating on the sequel, and the back story of the main character (i’m trying to be general in order not to put spoilers) — “the Force awakens” as a reference to the protagonist (or maybe to the revival of the saga 🙂 )

So, you could see that in relation to its familiar audience, Star Wars is more than just a movie, and one cannot make a complete review of it without studying its audience and why it continues to resonate with them. 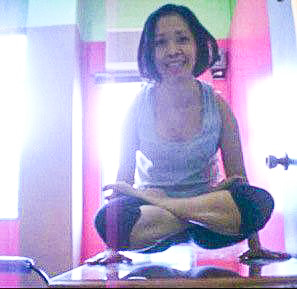